My friend, +Gary Fortuin, ran Marvel Superheroes today as part of his series of monthly one-shots. I had never played it before, so I had to go. We had a bit of silliness. We kicked some ass. I had a great time. Here's my character. 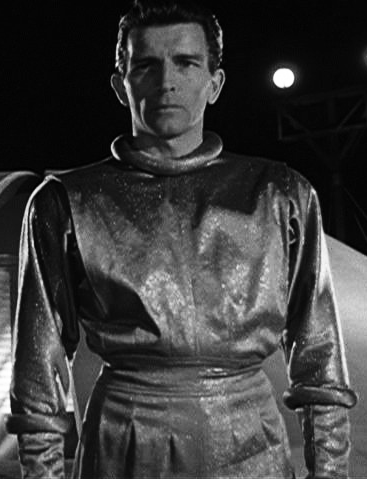 Jakoraspratus was traveling by interstellar cruise liner when an equipment malfunction jettisoned his stateroom as an escape pod in the vicinity of Earth. After landing, he has been using his powers to help people, until he can find a way back into space.

Contacts (4 max.)
The first person he met who helped him was Reed Richards. Reed helped him establish his secret identity, and invited him over for some dinners with Sue, Johnny, and Ben. Reed also introduced him to The Why Men and Major Dragger.

Major Bill Dragger is in the Air Force Space Command. He is helping Jack get back into space by looking for the FTL signature of the space liner fleet. If he finds a likely signal, he'll contact Jack immediately.

The Inexplicable Why Men took on the Sinister Six: Doc Ock, Sandman, Kraven the Hunter, Mysterio, Electro, and The Vulture. Our electrical projector managed to electrify Kraven with a roll of 100, and Kraven managed to miserably failed his END roll with an 01, killing Kraven dead. Our adaptive flame projector accidentally fried three of the Vultures henchmen. And our levitator had fun lifting things and dropping them, including some tigers he put on some poor sot's balcony. The Tourist's molecular conversion trapped Kraven and The Vulture in viscous puddles of tar, my electrical powers shorted out a bunch of robot bank robbers, and when I needed to hide, I made a dozen illusionary duplicates of myself.