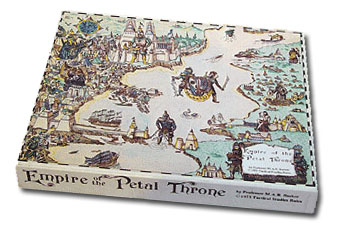 Many months ago, I took on the challenge of writing a Tekumel game for the OSR. Now as I begin playtesting, I thought I'd share the design process. Part One is here.


After the attributes, I worked on the skill system. Skills come in three types in EPT: Original, Professional, and Bonus Spells. Original skills are somewhat similar to Backgrounds in D&D or other OSR games. These are your mundane skills for making a living as a Barber or a Mountaineer. They come in three classifications: Group I -- Plebian, Group II -- Skilled, and Group III -- Noble. These classifications are ordered by difficulty. A die roll determines how many of each group a player gets to choose. Players make another roll to receive more original skills when they level up.

Bonus spells are only for priests and magic users. Players roll for them when going up levels. They are divided into three Groups based on spell complexity, much like a compressed version of D&D's spell levels. 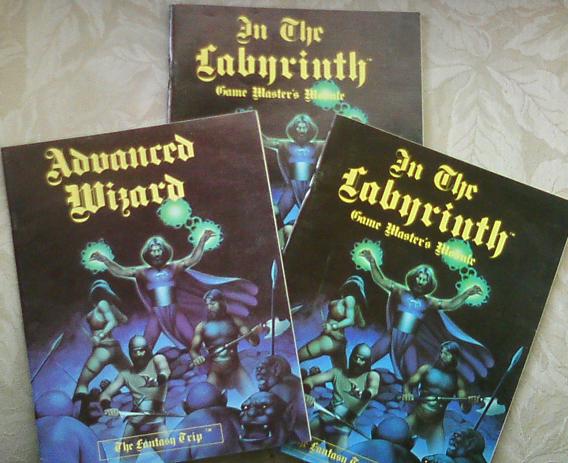 The separation between the different types of skills bothered me. I also didn't care for the groups. So, I made original and professional skills (which already included spells) and bonus Spells all simply skills in the new system. Then I was inspired by another of my favorite games, The Fantasy Trip (TFT). TFT is an RPG from the early 80s by Steve Jackson. Skills in TFT cost from one to three points each. What if I converted Groups I, II, and III into the number of skill points needed to learn the skill? I threw out my previous attempt and gave each skill a cost from 1 to 3. Instead of rolling randomly, I used Intelligence to determine how many skill points the character gets at first level. The character's new level determines what kind of die to roll for new skill points at the time of leveling up.

After some probability and statistics work, I derived how many 'Groups' of skills the average character received from Original and Professional skills and Bonus spells. These calculations drove the amount of skill points divvied out in the tables, so characters in the new system would be approximately equal in number of skills to characters in EPT. I wanted a 5th level magic user from EPT to be equivalent to a 5th level in the new system.

What this system lacked was how to emulate the specialization of the classes into combat and magic types, and how to tie classes into the skills. The key is in the Professional skills and class design.

I'll write that up in the next blog post.