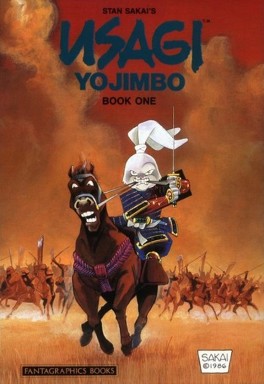 I am a longtime fan of Usagi Yojimbo, Stan Sakai's wonderful
comic of anthropomorphic animals in feudal Japan. The main character, Miyamoto Usagi, wanders across the Japanese landscape renting out his services as a bodyguard, having adventures.

In 1998, an Usagi Yojimbo roleplaying game was published by Gold Rush Games, based on Instant Fuzion, a light generic rules system developed jointly by R.Talsorian Games and Hero Games. Fuzion was one of the first rules systems distributed over the Internet for free. I helped playtest this game, after ripping through the first eight graphic novel collections of the comic.

(Another game was published in 2005 by Sanguine Productions, which uses a modified version of the system used in their anthropomorphic roleplaying games Ironclaw, Jadeclaw, and Albedo. This game is not covered in this article, since I've never read it.) 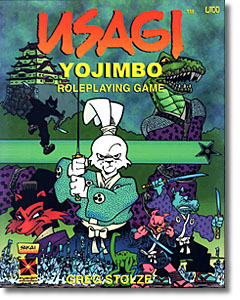 No one plays Fuzion very much, so I thought, 'Why not use another easy game system to do the same thing?' Since I've been swimming in the OSR ocean for awhile, my mind turned to Ruins and Ronin, a feudal Japanese game by Mike Davison based on Swords & Wizardry White Box.

Ruins and Ronin has three classes -- Bujin, Shugenja, and Sohei -- which are Japanese translations of the Fighter, Magic User, and Cleric from S&W White Box. Mike's website also includes Ninja, Kensai, Headhunter classes, as well as a Hengeyokai race.

The only other thing needed is a set of animal races. So ... voila! These are inspired by the animal races of the GRG version of Usagi Yojimbo.


Animal Races
for Use With Ruins & Ronin
and other OSR games

These animal races are intended for an anthropomorphic feudal Japanese game using Ruins & Ronin, though they could be used for any game to make it anthro. They are loosely translated from the Usagi Yojimbo RPG from Gold Rush Games. 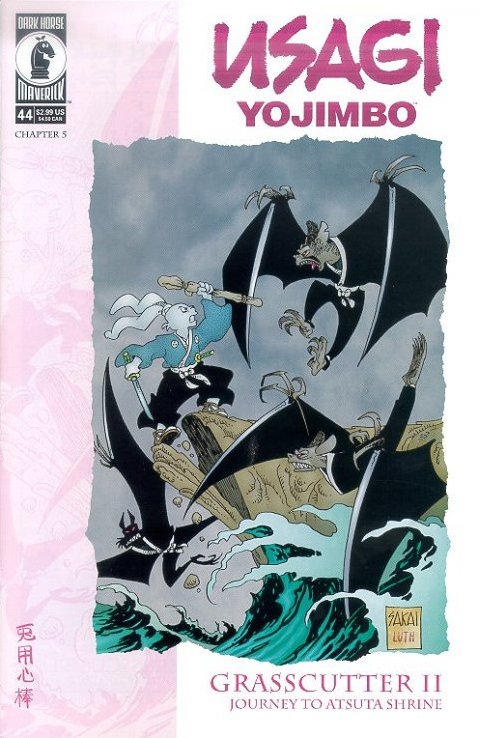 Bat
Bats can fly and use sonar to see shapes and obstacles in the total darkness. Their association with darkness gives them a reputation as shady characters. Their eyesight in daylight is weak and all rolls for sight are at -1.

Bear
Bears are powerful creatures, getting a +2 bonus to their Strength. If they pause for a round, they can also shrug off 5 points of damage once per day.

Bull
Bulls are mighty creatures, getting a +2 bonus to their Strength. They can also fight ferociously with little thought for their defense, allowing them to add +2 to their Base Hit Bonus and damage and taking -2 on their Armor Class [+2] in one combat per day. 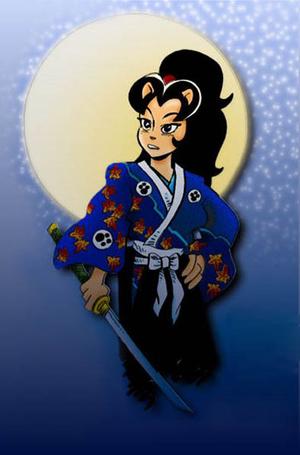 Cat
Cats can use Move Silently, Hide in Shadows, and Climbing like a Thief of one less level. They also have Nine Lives (GM rolls 10-d4 for lives remaining. Keep it secret.)

Dog
Dogs are strong, getting a +1 bonus to their Strength. They can hear like Elves. Using their keen sense of smell, they can track someone several days later.

Fox
Foxes are clever and charming, giving them Intelligence +2 and Charisma +1. They can talk themselves out of trouble or distract someone once per day.

Mole
Moles are tough diggers in the soil, giving them Strength +1. They can tunnel through soft dirt at a slow walk, either leaving a tunnel or filling it in as they go. They have darkvision like a dwarf, but are -2 in daylight.

Another robust race, pigs get a +1 bonus to Strength and start with an extra hit die. They can use their sense of smell like a Thief's Hear Noise skill.

Rabbit
Rabbits are very deft, giving them a +1 bonus to Dexterity, they move 30 feet per turn faster than other with the same armor. Once per day they can leap Strength/4 squares.

Rhino
A potent and resistant race, rhinos get a +3 bonus to Strength and once per day, they can ignore the damage from one attack up to 5 points.

Serpent
Serpents are a smart race, getting a +2 Intelligence bonus. Their maximum speed is 90' per turn and they cannot wield two weapons. Once per day, they automatically win initiative because of their speed.